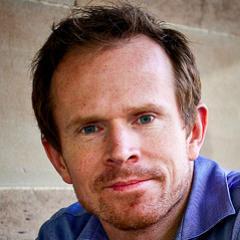 He programmed his Commodore 64 at age 8, sold computer networks at age 17, raised capital for a business at 22 and ran marketing globally for Kazaa at 26.

For the past 18 years he has co-founded 12 technology startup companies. He also started Pollenizer with Phil Morle and was a co-founding investor of Startmate. This has included evaluating 1,000’s of ideas, building first products, getting first customers, launching globally, raising capital, closing businesses, selling businesses and all the emotional rollercoaster rides in between.

His most successful companies are Flightfox (investor, advisor) which provides travel services to businesses, Pollenizer (co-founder and CEO) which he grew to $3m in revenue, and Spreets (investor advisor) which sold to Yahoo for ~$40m in 13 months.

Mick is known as Mr Focus due to his strong drive for starting small and fast, doing fast testing on the road to success and avoiding the entrepreneurial distractions. He, Phil and the team from Pollenizer wrote a workbook called Startup Focus which sold 5,000 copies.

He’s also proud of his role in helping to establish and build the technology entrepreneur industry in Sydney and Australia with Silicon Beach Drinks and in San Francisco with Aussie Tech.

Mick also works with Telstra to run muru-D technology accelerator. The ambition is to create global software businesses based here in Australia. muru-D has backed over 70 companies across Australia and South East Asia and taken many of them to China and the USA.

Watch these presentations by Mick Liubinskas Mick Liubinskas has presented at these conferences