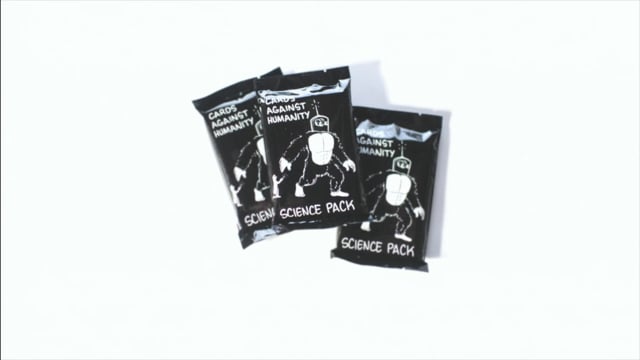 People often hear about Cards Against Humanity’s crazy stunts and pranks (like the time 30,000 fans ordered a box of poop as part of a Black Friday sale), but are left with a million questions. How did they come up with the idea? How were they able to execute it? Is it even legal to send poop in the mail? Learn the behind-the-scenes stories from community lead Jenn Bane, who is delighted to share Cards Against Humanity’s best and worst ideas. This talk is weird.

Warning right up front: this will be weird!

Cards Against Humanity was created by some friends who wanted to liven up a party. They made a set for $20 at a local copy/print shop and gave away a PDF of the cards. Eventually demand grew and they put up a kickstarter to make ‘real’ cards.

“Meet cute” – old fashioned term for the adorable way people meet and fall in love. Jenn’s Meet Cute for CAH was that she couldn’t get a journalism job after graduating, so she took a boring job… and threw her creative energy into side projects like her blog. She blogged daily for a year. Almost nobody read it. But then to her surprise one of the few was a creator of CAH and emailed suggesting she quit her job and join CAH as ‘community manager’.

Jenn was confused why she was chosen or worthy.

Comparison is the thief of joy.

Jenn was ultimately hired to create the ‘character’ of CAH. They used the Brand Deck to work out some key words to describe the tone of CAH as a brand.

They write short, sarcastic emails to customers to make them laugh.

They do silly stunts like taking down their whole store and just sold boxes of actual bullshit on black friday, to mock black friday (then donated the proceeds to charity).

They do cool things like start a scholarship for women in science (SAS – Science Ambassador Scholarship) – $960k raised so far! They are looking for ambassadors for their field and paying their college fees. Applicants send in a 3min video to apply, which has the nice side effect of putting lots of youtube videos up of women talking about science.

CAH doesn’t really have a ‘marketing strategy’; they just do big stunts to get attention.

Their office is a coworking space – there are about 25 CAH staff and the rest of the space is shared by essentially random people. They are dog-friendly, they do talks, podcasts, pushup club and silly things like the ‘how long does it take to eat a whole head of lettuce’ challenge.

So. It’s time to speak about the election.

60 million people just supported someone who has a platform of hate and division. Jenn is scared for the safety of her LGBTQ friends, scared for the health of her family, she’s sad and scared and going to allow herself to feel that before getting back to work.

We cannot normalise what is happening in the US right now.

Ask youself what you are doing to help. Check the media you are consuming. Is your twitter feed all white people? If you are privileged, shut up and listen. Figure out what tools you have and go use them.

Our job has never been more clear. We need to get back to work. Jenn’s job is clear. We need comedy more than ever. We’re gonna cause some fuckin’ trouble. 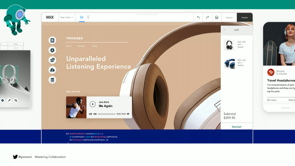