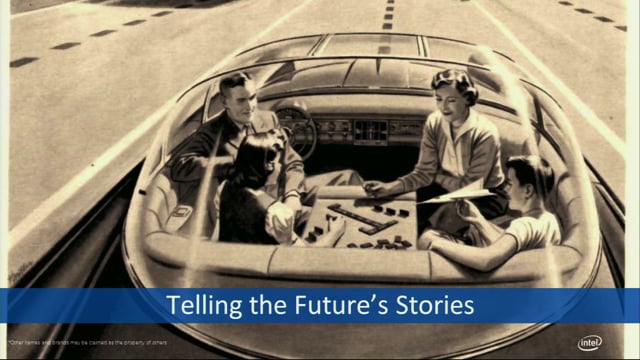 Genevieve grew up in and around indigenous Australian communities and probably learned more by going bush than going to school. This left a great impact on her world view.

She was starting a successful academic career (tenure track at Stanford) when she had a life-changing conversation, with someone who said “couldn’t you do better?”. He tracked her down (on her home number, no less, after her employer blithely gave the information out) and got her to come out to lunch with a lot of tech people, ultimately running into people from Intel.

She had a truly weird interview, as Intel was trying “behavioural interviewing”. They were trying to get her reaction to “constructive confrontation” – which she found meant “men yelling at her”. Being strong and Aussie she “got a bit Bolshy” and fought back – and they loved it, offered a job on the spot. She said no; and they chased for six months…

Eventually she decided that she wanted to be part of making a digital future. If she didn’t, it would be left to these crazy engineers who didn’t seem to really understand humans.

On her first day they said “we need you to help with two things… first, women”… on further investigation this meant all women. “I wrote down ‘women, all’ with lots of underlining under the ‘all’” This was such a huge topic, it was a couple of days before she remembered they didn’t actually get to the second thing. When she asked they said it was “an ROW problem”… what? Rest Of World. Meaning “non America”. 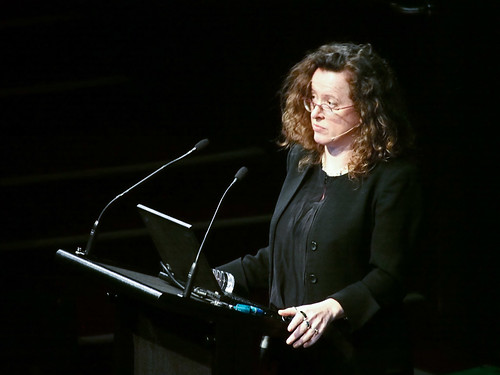 This has turned out to be an extraordinary job. In addition to finding out what people want now, it involves imagining what the future might be – and what we want it to be.

[slide: 1950s nuclear family playing a board game in a self-driving car.] 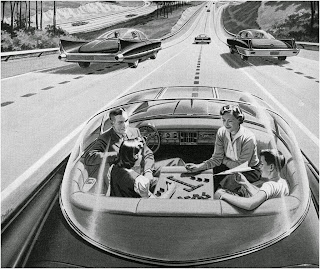 While many future predictions, eg. From the 1950s, weren’t far off, many are and remain indefinitely deferred. Jetpacks definitely, self-driving cars… maybe. But the nuclear family with the father all dressed up in a tie for a trip in the car… probably not. The social context changes.

How fast do things really change? Genevieve illustrates this with the extraordinary changes to cricket since the 1980s. The players have different physiques, different styles; the broadcasting has changed; the umpiring technology has changed. But underneath all that some things about cricket haven’t changed in 100 years – we still want to beat the English, we still chant from the stand. It’s about a collective activity.

These things have all been impacted by technology – particularly thinking today of everything from electricity onwards.

There are many things which are now in flux:

We worry about our reputations. People do not want their television to automatically tell their friends what they are really watching. They want to filter – and in fact to lie. People also have interesting worries that a household that’s connected to the network will be gossiping about us – that the fridge is telling the washing machine what we’ve been eating.

We have a deep seated fear that we are deeply uncool and wish we weren’t.

Technology has had social impacts around revealing the truth of our lives, ever since electricity lit our homes at night and revealed when we were at home. There were fears that advertising our presence at night would ‘put women and children at risk’.

We need to be bored and we want to be surprised. In 1919 Heidegger lamented the loss of boredom and argued we needed boredom to be creative. Medical science shows that actually we do need be bored to create a different neurological state, we need to pass through it. It’s problematic if we never do pass through it, or habitually prevent or defer that state.

Needing to be bored is tremendously difficult in a world full of devices to keep us entertained. There is an interesting challenge here. We live in a world of algorithms designed to send you content that interests you – even whole books being recommended.

But interestingly if people read a lot of similar books, or consume a lot of similar things of any kind… eventually people get bored and want something new. Game Of Thrones surprised people, which contributed to its massive success.

There’s something unnerving about a world in which we can’t reinvent ourselves, because everything we have already done is remembered. We are caught in a tension where a form of consistency is expected, so it’s hard to leave behind things in the past.

Our technology is also relatively simple and focused on removing surprise. What if your device not only told you about the nearest coffee, but it told you to stop and admire some surprising public art first because it might challenge you and make you think?

We want to be different. Is the internet making us more global or more local? This is a question that is long standing – when shipping opened up nations to each other, there were fears that there would be a loss or dilution of culture.

We use differences to understand boundaries, to know what makes people “us” or “other”. We do want to be different from other people.

We want to feel time. As long as there have been techologies, we have shaped our notion of time. Clocks, obviously, stabilised something which used to be extremely local. Clocks fixed time in place. Electricity messed with this! It changed what you could do and when; it certainly changed the way we sleep and think about sleep. While our devices function best when they are full of charge and data… humans need downtime. Humans function best when they can be “off” for a while, but our devices do not respect this.

We now have the concept of “digital detox” (often terribly unsuccessful). There are companies turning off their email servers over the weekend and having staff leave their devices work – because they are more productive if they actually switch off when they are out of the office. We have people trying to decide on rules about what devices are allowed in the bedroom.

We want to be forgotten. We want to have the capacity to not be remembered, we need to be able to forget. If we literally remembered everything we’d ever said and heard, we would struggle to process it. Being forgotten is important because it allows us to be forgiven and to reinvent ourselves.

In silicon valley there is a persistent preoccupation that “everything is different” and everything is moving fast. But it’s not true. Some things are moving very slowly, some things don’t change much. Human nature is quite stable. 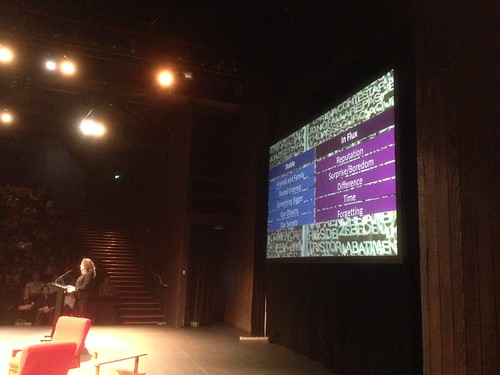 [Stable: friends and family, shared interest, something bigger, our objects, our secrets

If there was one request from Genevieve it would be to tackle the challenges in the flux side, because there is a great deal of opportunity there. 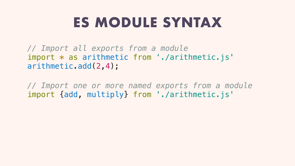 Compiling for the Web with WebAssembly